To save some time the motorcyclists decided to return to camp via Sweetwater Valley (CA 182/NV 338). That was a beautiful road ride. I added the ‘adventure’ to the ride by flatting about 30 miles from camp. When I changed the tube I found my rim strap was shredded, so after a few miles I had another rear flat. Luckily, I had cell signal so I called Brett, who came back with his trailer.

Here is a pic of typical scenery through Sweetwater Valley – later the road passed through a really pretty canyon. 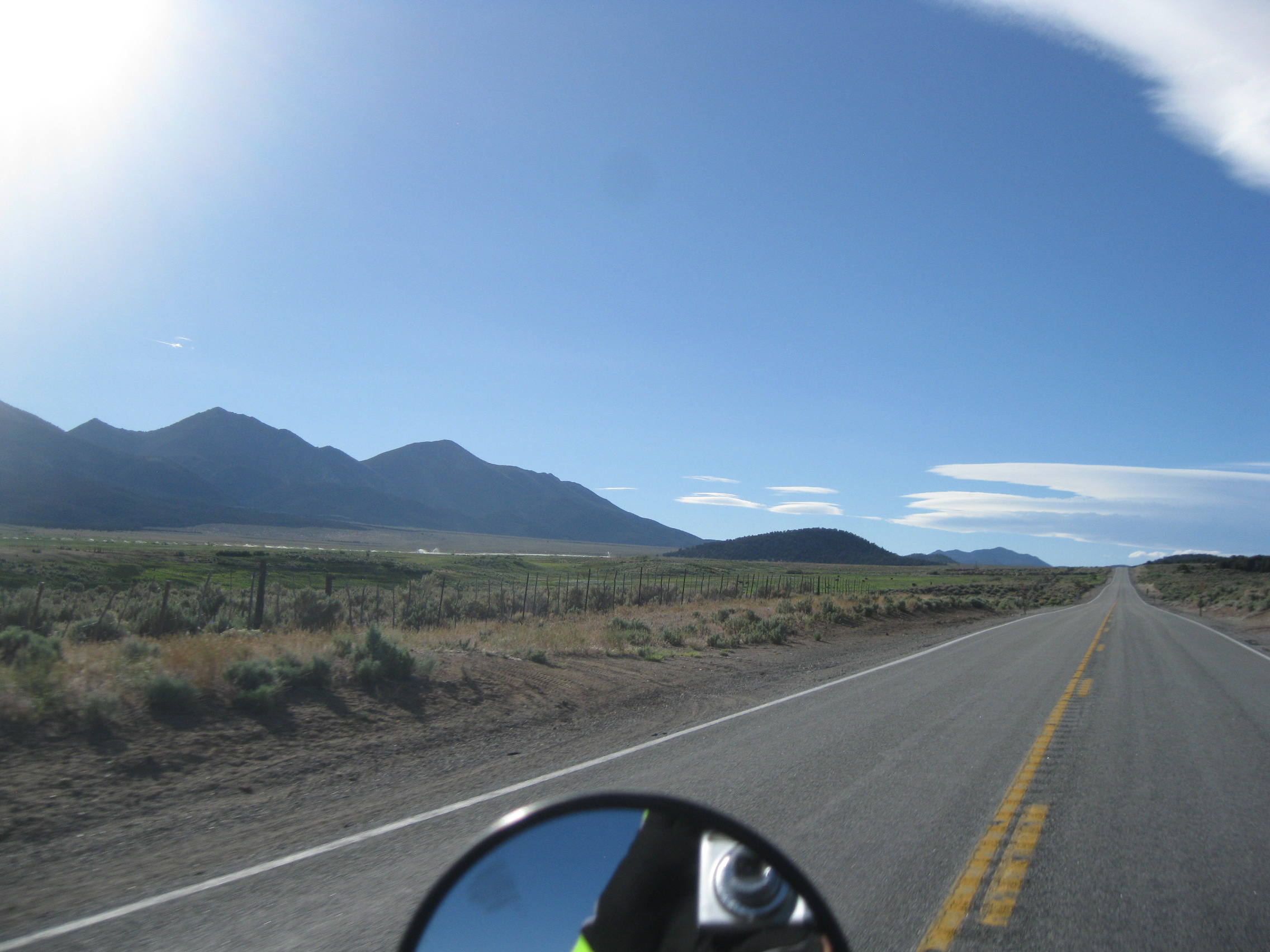 Due to my flat tire(s) I didn’t get back to camp until 9:30. The cheeseburgers and watermelon sure were tasty – thank you Sydnie!

Thank you Wayne also for coming up with the idea to camp at Walker River SRA. I really like this place.